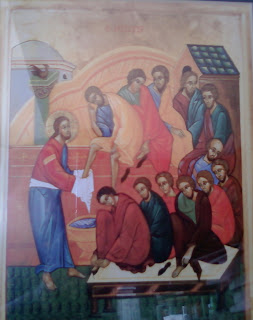 The other day Geoff sent me a link to a blog post done by a friend of his. The link touched upon two Wall Street Journal articles that took a critical view of the role of public charities, unfavorably contrasting them with the greater good (that is the claim) done by "private" entrepreneurs operating in "free-markets." You can read it here if you'd like. As unsavory, naive & reductionistic as I find this type of view to be (the WSJ stuff), it is hardly surprising. It is part of the core of the current debate in our country pitting the private sector against (the perceived)encroachment of the federal government into its affairs and dealings. In the popular media and town halls of America this is expressed, in various forms, and often high-decibels, as the epic and ongoing battle between "freedom" loving capitalists and "authoritarian" socialists. Personally, I think this whole debate, in current format, is a conceptual false-dichotomy orchestrated by people in positions of power to manipulate voting blocks to their advantage and ultimately leverage power and capital for their own ends. It is, in my opinion, fundamentally disingenuous. However, the underlying question is unavoidable. How do we live together and govern our lives in the world? I'm not going to attempt an answer to that question here, or attempt an answer to the question about the future course of American life and polity. I would, however, like to share a couple of things that have happened this week that have been very helpful reminders that impact this larger picture.

The first thing is a thought from the book "Reconciling All Things: A Christian Vision for Justice, Peace and Healing," by Chris Rice and Immanuel Katongole. The first of "Ten Theses" that Katongole and Rice offer to help us recover "reconciliation as the mission of God," reads like this:

1. Reconciliation is God's gift to the world. Healing of the world's deep brokenness does not begin with us and our action, but with God and God's gift of new creation.

That statement is something that has given me comfort and hope this week as I've struggled at points to digest the underlying anger and accusation that characterizes so much public & political discourse, and grappled with the manner in which this often filters down to the level of personal and professional relationships and divides us. As a Christian (recognizing that Christians sling a lot of the mud), I take refuge in the belief that this is God's work first and foremost, that we're graciously invited into it and that we can depend on the love and grace that come from the communion of the Godhead to carry us in our shared efforts to make life work, as well as we can, for everyone. It is a gift.

The second thing comes from some time that I spent this morning reading scripture and sitting with an icon that has been critically important for me. I've been reading Luke's gospel and this morning I came to the tenth-chapter. Prior to reading it I looked briefly at the previous chapter to brush up on the context. It was that glance at chapter 9 that set-up a really stunning, heretofore unrecognized, link between the two chapters. At the end of chapter 9 we read:

"He(Jesus)sent messengers ahead to a Samaritan village to prepare for his arrival. But they were turned away. The people of the village refused to have anything to do with Jesus because he had resolved to go to Jerusalem."

This event is followed, at the end of the tenth-chapter, by Jesus making the "Good Samaritan" the "hero" of one of the Bible's most famous, oft quoted and powerful stories. That was a real stunner for me this morning. Jesus responds to the rejection of this Samaritan village (having in the background of it centuries of extreme alienation and hatred between Samaritans and Jews), by making a Samaritan person the heroic figure of one of his most far-reaching teachings about how God wants us to relate to each other. Wow! What does that have to say about the manner in which we engage with each other?

After I finished reading this passage I was sitting in front of the above icon contemplating the reading. For perhaps the first time my attention became almost exclusively focused upon the cock in the left corner that is gazing down as Jesus washes his disciples feet (Judas included). I don't think that to this point I'd ever quite focused my attention upon the cock. And it was in this moment that that cock began to crow at me, bespeaking the inevitable wave of human hyposcrisy and frailty that envelops all of us at some point, and hopefully draws us back out with its tide into the deep graces of God. Life is a gift. Reconciliation with each other and our world is a gift. I just wanted to thank the giver of these gifts for precious reminders of them at an important moment.
Posted by billy at 1:40 PM No comments:

check out this great article about our friends in Columbus, OH.  if you live near Columbus look this crew up…they are wonderful and faithful jesus-people.

Where would Jesus live?

The seven people in their 20s share everything in their Franklinton home: bedrooms, meals, bills and the mortgage. They even share duties caring for the chickens they raise in their backyard.

All are college-educated and capable of finding good-paying jobs and housing in safer parts of town.

Instead, they choose to live in a low-income neighborhood and dedicate their energy to helping the people who don't live there by choice.

They take exception to the word "help," though. They say they simply love their neighbors, the way Jesus did.

Posted by geoff and sherry at 9:35 AM No comments: 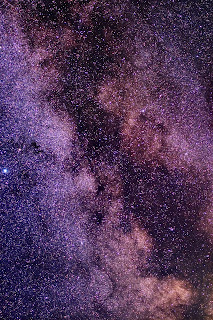 Here is a parable that I wrote many years ago. I wrote it in the context of trying to come to grips with my own feelings about the costs of trying to live the Kingdom of God in the here and now. I first shared this at a "New Monastic" gathering at the CCDA conference in Atlanta. It came up in a conversation that I had with Steve Pavey today and I thought I would share it here.

There was once an astronomer who lived out the vast majority of his days in the era directly preceding space flight and missions to the moon. He was, by all accounts, imminent among his peers, spending all his waking hours studying the heavens through his telescopes, identifying and naming the various planets and stars and working feverishly on developing the calculations that helped to describe the delicate relationships that existed between them. He gave his heart and soul to the pursuit of expanding this body of celestial knowledge, and the overwhelming beauty he perceived daily in the heavens never failed to make him quiver with delight.

Now, the one thing that was especially curious about this remarkably talented astronomer was his antagonistic attitude toward the work of his peers. For in addition to the research interests that animated his own life many of his esteemed colleagues also entertained dreams of one day traveling among the planets and stars. He found such dreams to be foolhardy, even cosmically offensive and refused to assist them in their efforts. The glory of the heavens is fit for God alone, he vociferously insisted, and to attempt to go among them is profane, the height of human arrogance. So, he continued to concentrate intently upon his own work and in the process managed to persuade some of the best and brightest students of his day to come over to his opinion. However, unbeknownst to these young aspirants, there was a deeper and more painful reason why their mentor scorned the efforts of his peers.

When he was a young student at university the astronomer had also entertained fervent dreams of traveling among the stars; and he worked incredibly hard at that dream, as hard as he had ever worked in fact. But after a tragic series of failed experiments his courage began to falter and his imagination was gradually conquered by overwhelming waves of fear and doubt. It was during this time that his perspective on things began to dramatically shift. "How," he pondered, "can I continue to invest in something that might very well never occur? I think I will concentrate my attention upon studying the wonder of the heavens and that way I don't have to worry about wasting my efforts," he decided. All of the other attendant excuses gradually developed as he continued to wrestle with his ambivalent decision. "Perhaps," he silently thought, "it will become easier with age?" But regrettably, suppressing the dreams of his youth never got any easier.

And so, it was with great sadness that he watched in his final days as the spectacular images from the voyageur probe began to stream into the university laboratory; and as the Lunar Lander touched down in the Sea of Tranquility, there was no tranquility to be found in his soul. No longer able to move and confined to a bed in a nursing home, he watched in agony as the dreams of his elderly colleagues became a reality. Many of them were also confined to their beds but he could only now see the freedom in which they had lived. For, even though their bodies were now wasted their spirits were soaring to the heights with the people now living out their dreams. But all our astronomer was left with was the bitterness and regret of a life lived in fear and the empty quest for personal comfort and safety.

I wanted to ask a favor of all the readers of this blog. My sister (Tracey) has successfully submitted an idea to the "Pepsi Refresh Project" and is one of a large number of people who are now eligible for a $25k grant. Her idea centers upon providing comfort and support to patients awaiting organ transplant and raising consciousness about this vital issue. I'm trying to support her by soliciting votes for her proposal. If you could consider voting for her project (info & voting via link below) I would greatly appreciate it. I would also appreciate it if you could consider posting this link to your own blog or facebook pages. Thanks!

"Pepsi Refresh Project-Tracey"
Posted by billy at 1:26 PM No comments: